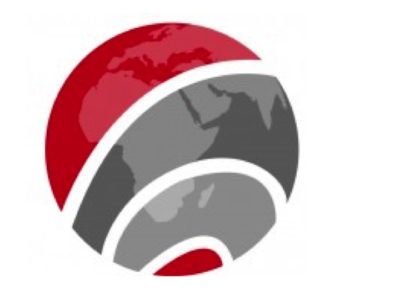 FTD, Demetia, My Mother, and Makeup

Alzheimer’s Disease, My Mother, and Makeup

I’ve yet to write anything too personal on this blog. However, with September (Alzheimer’s awareness month) upon us, I wanted to briefly share a little more about my life, as well as how and why I became apart of the makeup world. I am dedicating this blog to my late mother, Nancy S. DiClemente. Though she passed quickly, I’m so grateful for our time together.

Caring for someone with Alzheimer’s, or any other form of dementia, is heart-wrenching and a 24/7 job for caregivers. I know because I’ve lived this story.

When my mother, who wasn’t even 60 years old, began developing memory loss, it felt as if my world was spinning out of control. It seemed instantaneous, as we quickly received the news that it had become full blown Alzheimer’s. My dad was the one who took on the role of becoming her primary care taker.

As her symptoms progressed, there were very few things we could do for her, other than make sure she came to no harm. One day, I walked in and saw my dad trying to put lipstick on her – in the hope that she would somehow feel better. I asked him if I could help, and he handed it over by insisting I should try, instead.

From then on, every time I dared the courage to see her (as it was often too difficult for me to watch her condition progress), I would carefully put lipstick and blush on her, in the hopes of helping her to feel like herself again. I’d gently hand her a mirror afterwards, and she would take it out of my hands and walk around with it. Sometimes, I wonder if she was able to recognize herself, or if she – somehow – had a sense of who she was before.

Some days were better than most, but often times she would wipe the makeup off without noticing. On these days, I took it as cues that she didn’t want to wear it; so between my dad and I, we’d clean up her face and hands the best that we could so that she wouldn’t look like a mess.

When 1997 came, everything began going down hill faster. We ultimately had to admit her to the The Ellis Rehabilitation and Nursing Center. She spent her last days here, until she passed away on Friday, June 13th, 1997, at the young age of 61.

After her death it was discovered she had a form of Alzheimers called “Picks Disease” that changed the dynamic of what we all knew.

My family and I are all grateful that she knew she had grandchildren. Some of her last words she ever spoke were, “I’m your nana” – she was so proud to become a grandmother.

My mom inspired me endlessly. Because of her, I decided to offer my services to Avita of Newburyport, where I volunteered doing makeup on all the willing women with memory issues. Though it was 20 years after her passing, I felt in a way that I was keeping my mother’s memory alive. I loved being able to bring a smile to the women I did makeup for, and it was such a rewarding experience. I also had the pleasure of sitting with some of the families who were dealing with exactly what my family had so many years ago, and listening to them talk about their very similar stories.

While this time was relatively short, as life caught up with me and I had to have shoulder rotator cuff surgery in January. I’m so grateful for my volunteering days. Seeing other families experiencing what mine had so many years ago was heart-wrenching, yet provided connection, as I felt I wasn’t alone in my story.

Although I’m back to doing wedding makeup, I’m so grateful to my mom.  Because of her, I was inspired to become a makeup artist. When I look at it, she was my 1st client. She lives on in my work. I think of her each time I finish a makeup look on a client. I often wonder what she would say and the excitement she would have that my work is immortalized through photographs, photo shoots, and of course, beautiful memories.

I hope that you will join me in supporting funds for a cure. I’m so hopeful that other families won’t have to go through the same thing as my family has. There is a lot being done for the Alzheimer’s Association, but not much attention is given to the Association for Frontotemporal Degeneration (AFTD) – which is the form of Alzheimer’s that runs in my family.

The next generation is upon us. I’ve already lost one cousin to this condition; though he was much older than me, he was still young when he passed away. After talking with the individuals at this organization, I learned that they are working hard at research. However, they are short on funds.

We all know that Rome wasn’t built in a day. Research and finding a cure takes time and money. Every little bit helps – will you help? Please click here to find out how you can donate, and assist in the prevention of this condition affecting the lives of others more than it has already.

Five Top Styles of Makeup to Consider for Your Bridal Party

Nancy A. Gorman – Makeup by Nancy

I Specialize in bringing out the best in you; from glam to natural and everything in between, we create a custom look that simply reflects the best polished version of yourself!

I have been told that when things start getting very stressful on wedding days, my calming presence makes situations more relaxed and my ability to create an environment that’s light hearted and fun is one of my best qualities as a person.